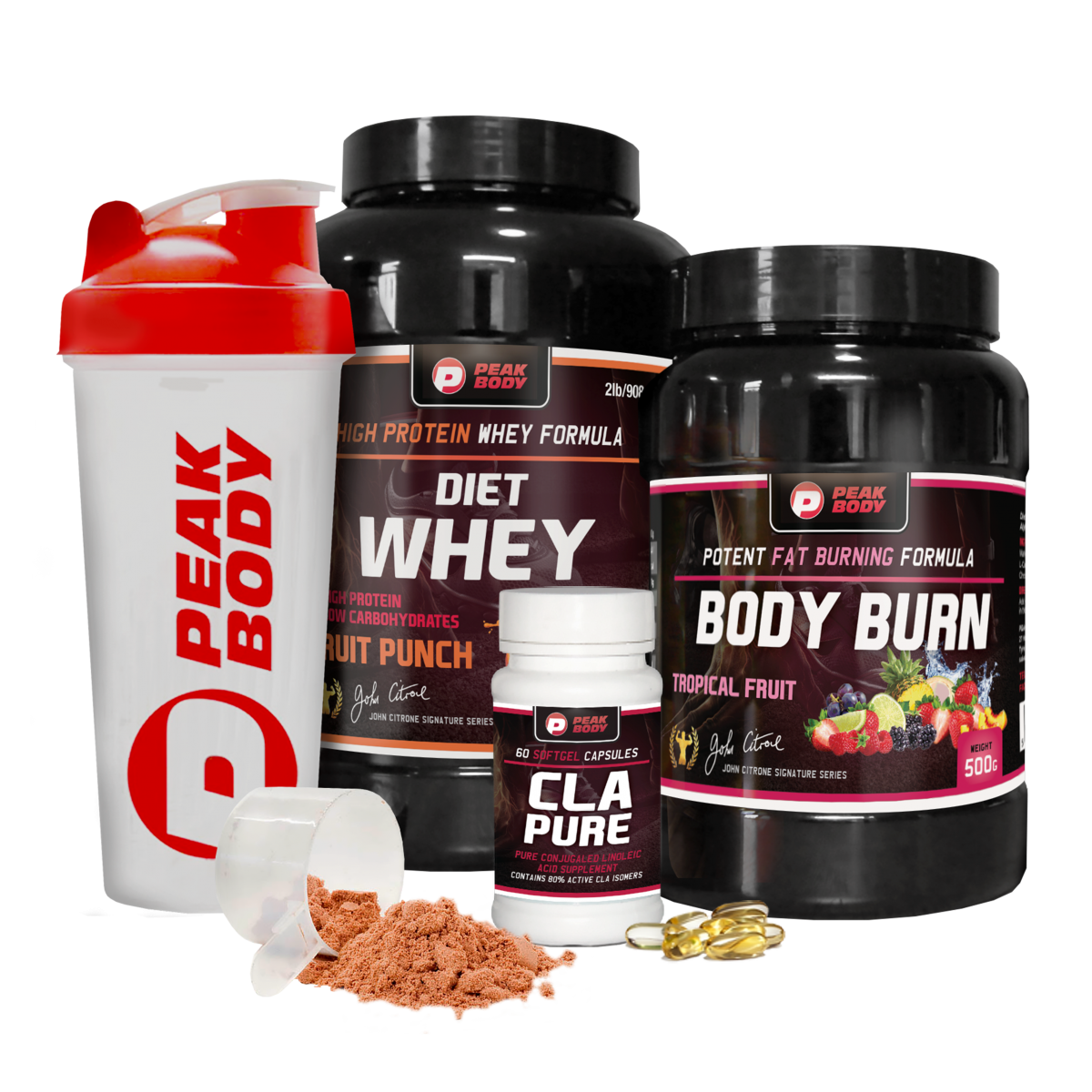 Optimise Your Body For Fat Loss

Losing fat is not just about calories. Yes, being in a calorie deficit plays the predominant role in whether or not you will successfully lose fat over time, but, having your body transformed into a continuous fat burning state, can make this calorie deficit much more effective. When I talk about being in a fat burning state, I mean that several factors are optimised within your body, such as blood glucose regulation, switching from glycogen store utilisation to fat store reserves for energy production, improving thyroid function and, reducing appetite. With all these things coming into play along with a calorie deficit, your fat loss results will be greatly improved. Peak Body Body Burn serves to enhance your results with a calorie deficit by ensuring your body is switched from a fat storing state, to a burn burning state.

So how does Peak Bodys Body Burn switch your body from a fat storing to a fat burning state? Well, it contains three primary ingredients: Chromium Picolinate, L-Carnitine and, L-Tyrosine. In combination, your body simply becomes a much more efficient metaboliser of stored body fat. More fat loss!

In studies, chromium picolinate has been suggested to play an important role in carbohydrate and lipid (fat) metabolism potentially influencing body composition (Saper et al. 2004). Furthermore, chromium picolinate deficiency has been associated with hyperglycemia (high blood sugar) and hyperinsulinemia (high blood insulin) (Saper et al. 2004). The bad thing about high blood and insulin levels is that together over time, your blood sugars end up out of whack! It sky rockets and, stay elevated long-term! Your body eventually becomes very inefficient at regulating its blood sugars. The combined effect of this is that you get insane food cravings potentially causing you to overeat on calorie-dense foods. This can make it difficult to stick to your required calorie deficit to lose fat. By helping to improve carbohydrate metabolism, insulin regulation and blood sugar levels, cravings can be kept to a minimum reducing the potential to over consume high-calorie foods.

L-carnitine is an important player in fat metabolism. It acts as a cofactor (helps) of fatty acid metabolism in the liver and is of primary importance in the transport of long-chain fatty acids to mitochondria (energy production powerhouses) in the liver, heart and skeletal muscle (Harte et al. 2000). L-carnitine is also involved in transporting what are known as acetyl-coA molecules out of mitochondria thus preventing potential inhibitory effects on B-oxidation (breakdown of fatty acids for energy) (Harte et al. 2000). Giving the roles of L-carnitine in the body, it is likely that it plays an important role in fat loss through enhancing fatty acid oxidation.

L-Tyrosine is the third player of Peak Bodys Body Burn. L-tyrosine is thought to play an important role in the production of noradrenaline. When concentrations of noradrenaline increase, the activity of the sympathetic nervous system (flight or fight) is elevated. This activity is thought to lead to suppressions in hunger levels, increase satiety (feelings of fullness) and, increase energy expenditure (more calories burned!) (Belza et al. 2007). Together, these potential mechanisms can help accelerate fat loss by reducing your food consumption and increasing your energy expenditure, in turn making it easier for you to maintain a calorie deficit needed to lose fat.

Given the potential roles of chromium picolinate, L-carnitine and L-tyrosine in the body, Peak Bodys Body Burn can help you maintain the calorie deficit you need to lose weight through mechanisms of increased energy expenditure, improved blood sugar regulation, increased fat metabolism, reduced appetite and, improved satiety. Ultimately, when you bring all these positive effects together, you end up craving less, eating less and, are much more satisfied after eating. Overall, this means that you take in fewer calories, making it much easier to maintain a calorie deficit. In turn, this will translate in to heightened levels of fat loss over the long-term.

Categories: Product News
Posted By: Gabsy
Previous Post Training for maximum muscle growth
Next Post Why You Need To Build More Muscle To Lose Fat
Search
Recent Posts
Categories
Compare Products
Compare
Clear All
You have no items to compare.