Leucine And Protein Synthesis: The Initiator Of Muscle Growth 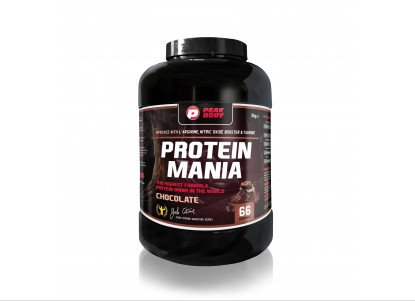 The Scoop On Muscle Protein Synthesis

So we all know that muscle protein synthesis (MPS) is required to build new muscle. Pretty simple, right? It’s building muscle 101. More MPS means that more building blocks can be produced that go towards the production of new lean muscle tissue. It’s well known now that resistance training is the best way of increasing this MPS, which typically persists ~48 hours after your resistance training session. The more training sessions per week you have (provided your recovery is also accommodated for), the more you keep MPS in a heightened state. Great for your gains!
As muscle growth is a balancing game between the rate of MPS and muscle protein breakdown (MPB), the more often MPS stays in a heightened stay, the more likely MPS is going to exceed MPB and the greater the chance of new muscle growth. This is really the basis for muscle hypertrophy over time. More training means more MPS, which means greater than MPB, which ultimately leads to more muscle building proteins. Great! But, there is something that I have not mentioned yet. Something which plays a really important role in helping to initiate and coordinate this entire MPS process: leucine.

Leucine As The Activator Of Protein Synthesis: The Non Sciencey Version!

Leucine is pretty important when it comes to building muscle. Simply put, leucine belongs to one of the branched chain amino acids that is involved in skeletal muscle metabolism. However, it doesn’t just stop there. It turns out that leucine is actually a major player in the direct regulation of MPS itself. Without leucine, levels of MPS are significantly affected. It has been found that without leucine, MPS cannot reach its maximal level. Yes, MPS can still occur in the presence of low levels of leucine, but the levels of MPS are not going to be high enough to take muscle tissue out a catabolic (breakdown) state. In other words, if you want the MPS response to be maximal and thus great enough to overcome MPB and to generate an environment that is conducive to more muscle growth (anabolic), you are going to need sufficient levels of leucine. Low levels or no leucine is not great if you want more muscle!

The Science On Leucine And Muscle Protein Synthesis

In 1999, Anthony et al. investigated the effects of leucine on translation initiation of protein synthesis after exercise. In this study, Anthony utilised rats on motor-driven treadmill and underwent a 2-hour exhaustive run after a 12-hour fast. Measurements were made 1-hour after completion of exercise. The MPS response was determined by incorporation of H-isoleucine into muscle protein and expressed as a percentage of the control (no exercise). After exercise, MPS was found to be depressed by ~25-30%. The rats were then provided with recovery drinks to evaluate the impact of carbohydrate and protein on MPS. With the recovery drink containing glucose/sucrose, blood and muscle glucose concentrations were increased, but there was no recovery in the MPS response. However, if rats were given a meal containing protein or just leucine alone, there was a complete recovery in MPS within the first hour post-exhaustive exercise.

Leucine is required for maximal post-exercise MPS generation. This ensures that MPS becomes greater than MPB following exercise allowing the body to enter an anabolic rather than catabolic state.

Also in 1999 in another study, Anthony et al. were able to shed light on the potential molecular mechanism of action for which leucine might exert its effects on post-exercise MPS recovery. In this study, male rats were freely fed (F) or food deprived for 18 hours. The food deprived rats were administered with either saline (S), carbohydrate (CHO), Leucine (L) or a combination of carbohydrate and leucine (CL). The CHO and CL meals were isocaloric and provided 15% of the daily energy requirements. The L and CL meals contained each 270 mg leucine. MPS 1-hour after administration of S was 65% of F. This also coincided with lower levels of phosphorylation of the translational repressor (elF)4E-binding protein 1 (4E-BP1), leading to greater association of 4E-BP1*elF4F. Through this, there was reduced formation of the active elF4G*elF4E complex (critical for the regulation of protein synthesis after exercise). However, administration of leucine L and carbohydrate/leucine diets CL (but not CHO carbohydrate-only) restored MPS to that of freely fed mice. F. This coincided with greater levels of 4E-BP1 phosphorylation compared with the saline control condition. This led to lower levels of 4E-BP1*elF4F and higher levels of the active elF4G*elF4E complex needed for MPS recovery.

The research suggests that the branch chain amino acid leucine might play a vital role in the post-exercise MPS response. In other words, if you are looking for muscle growth, you might want to consider keeping your leucine levels topped up! Following exercise, there is both an increase in MPS and MPS. However, MPB is greater, meaning that your body finds itself in a net catabolic (muscle breakdown) state following a bout of exercise. Of course, if you are trying to build muscle, then you want to avoid this catabolic state at all costs.

Given that leucine skeletal muscle concentrations are significantly depressed following a bout of exhaustive exercise and leucine seems to restore fully the post-exercise MPS response, it is likely that leucine is the key that is needed to put you into a complete anabolic state for muscle growth. Simply put, if you want MPS to be maximal and thus greater than MPB after exercise, then you are going to need sufficient leucine to make that happen. Leucine is going to be the driver that puts you into a full anabolic state after exercise.
Ultimately, this research underlines the importance of making sure you get in sufficient amounts of leucine to maximise MPS needed for muscle growth. Therefore, if you are not getting in enough from your diet, then supplementing with leucine might be a smart idea. It’s not a magic bullet. I am not saying that supplementing with leucine is going to give you immediate gains (overall nutrition and training are key!). However, given the research in underlining the central importance of leucine in the MPS response, it’s likely that leucine will help optimise the whole muscle building process through ensuring maximally sustained levels of MPS following exercise.

Categories: Advice & Tips
Posted By: Gabsy
Previous Post Why Getting In More Protein Matters When Losing Weight
Next Post Peak Bodys Ibutamoren MK 677 - The next best thing for muscle growth
Search
Recent Posts
Categories
Compare Products
Compare
Clear All
You have no items to compare.