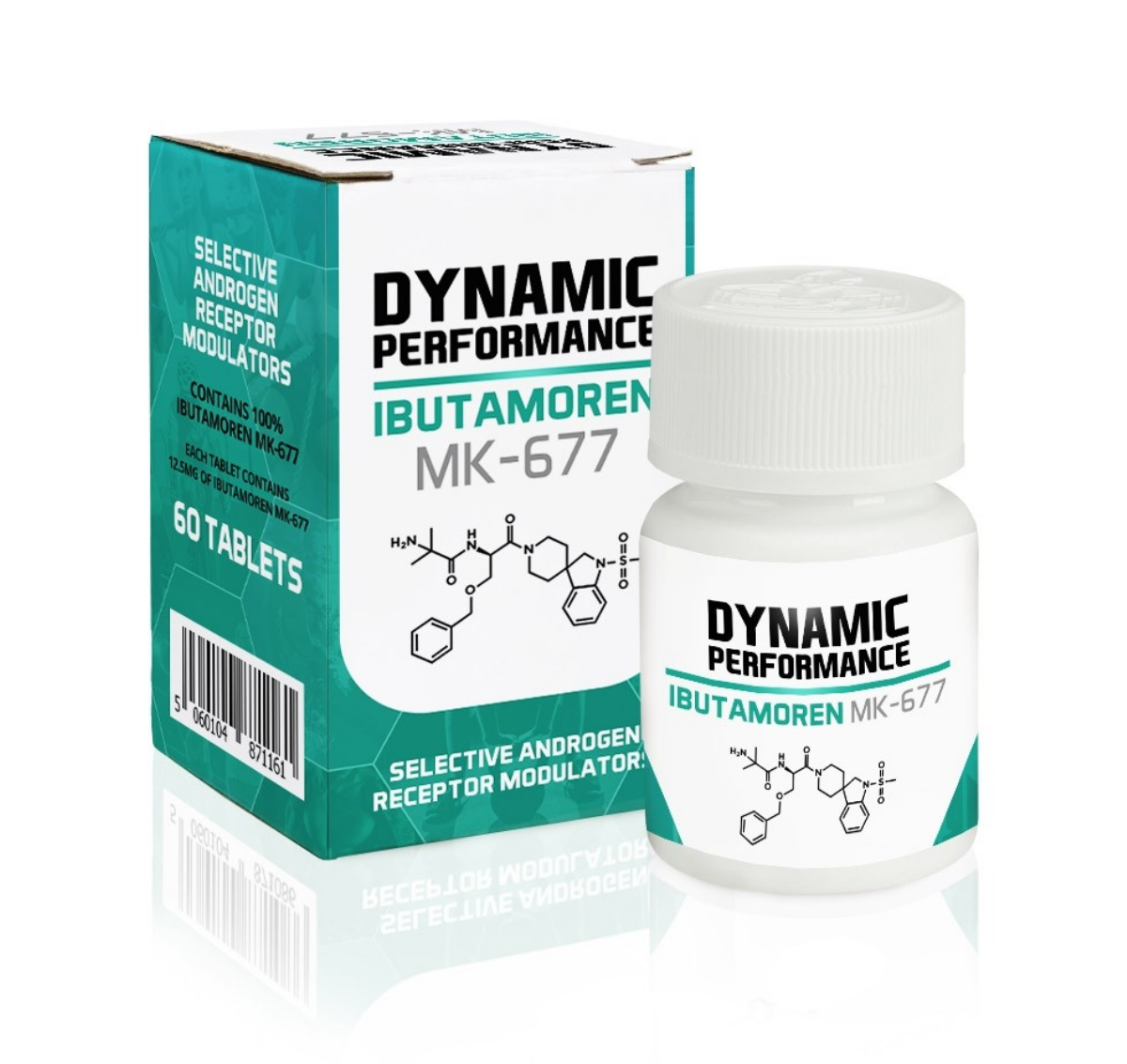 If you are interested in building maximum amounts of muscle mass, then the chances are, you have came across what is known as the peptide hormone: growth hormone. Well, it's good if you have because when it comes to maximising your muscle gains, growth hormone is a pretty big deal! Simply put, growth hormone is released by a structure in the brain called the pituitary gland. Once growth hormone is released, it stimulates the liver to produce IGF-1 (insulin-like growth factor 1). IGF-1 has a multi functional role in the body, with one of those being enhanced muscle growth (Dehkhoda et al. 2018). Moreover, GH and IGF-1 also have important roles in enhancing bone length and density, as well as regulating carbohydrate and lipid metabolism (Dehkhoda et al. 2018).

Recently, there has been heightened interest in ibutamoren MK 677, also known as a growth-hormone releasing peptide. Simply put, MK 677 stimulates the increase in growth hormone and IGF-1 levels in the body (Chapman et al. 1996). Lately, it has been proposed that MK 677 could be used to treat catabolic states (such as muscle wasting and bone loss) due to ageing and certain acute and chronic disease states (Murphy et al. 1998). Well, the results over MK 677 have been promising! In a study by Svensson et al. (1998), oral administration of MK 677 to healthy obese males for 8 weeks was found to increase fat free mass, increase basal metabolic rates and, decrease visceral fat volumes. Moreover, these results were correlated on closer inspection with increases in IGF-1 concentrations.

In a study by Murphy et al. (1998), 8 healthy volunteers who underwent 28 days of dietary calorie restriction, were found to have improved nitrogen balance* following oral administration of MK 677 (in comparison to placebo). Again, the increase in positive nitrogen balances observed in response to MK 677 administration, were also associated with increases in IGF-1 concentrations in the body. These results suggested that MK 677 has positive effects in preventing periods of catabolism (muscle breakdown) during energy restriction through increases in IGF-1.

In another study by Murphy et al (2001), the effects of MK 677 administration on bone mineral density and reabsorption were investigated in postmenopausal osteoarthritic women. It was found that when MK 677 was combined with alendronate (an inhibitor of bone reabsorption), bone mineral density was significantly higher than those given just alendronate. Again, this coincided with significant increases by IGF-1 concentrations. This study suggested that MK 677 was able to overcome the potent inhibitory effects of alendronate on bone reabsorption

Ibutamoren MK 677 - A Destroyer Of Catabolism, A Creator Of Anabolism!

From the current research, its clear that MK 677 has positive protective effects against catabolism and strong promoting effects of anabolism. Given that ageing, disease and calorie restrictive states can all enhance the breakdown of muscle and bone tissues, MK 677 might help to offset these catabolic effects through boosting the levels of GH and IGF-1 release in the body, thus keeping the body in a stronger anabolic state. Great if you want to build and keep your muscles and bones strong! Ultimately, If you are looking to supercharge the anabolic state of your body and prime it for muscle growth, than Peak Bodys new MK 677 might just be a nice addition to add to your current training and nutrition regime that you have been looking for.